Revealing the humanity of a person 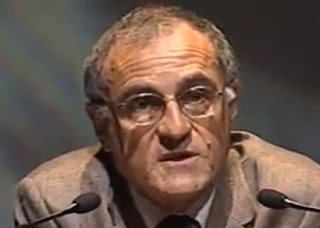 There are men and women, known or unknown to the general public, whose action changed the lives of the poorest. Sergio Regazzoni is one of these.

First of all it is right to rejoice! Yes, dare to rejoice, a serene and responsible joy at the heart of the movements of the world! This is not a well-meaning provocation. It is the trace of hope acting in the universe. And we all have need of it.

Our epoch is full of sensational media testimonies. It has much more difficulty in coming to terms, in simplicity and in depth, with those who contribute and have contributed to the humanisation of individuals and people; or alternatively we fall into lamentation about all the evils that beset the earth. And we are astonished about the sceptical gloom that invades some young people.

Why speak of Sergio Regazzoni? Because he believed that he could act in service of solidarity. Everything begins with a conviction, even if today the debate on the fundamentals appears tacky or “pious” or simply outdated. “The peoples of the whole world have proclaimed their faith in the value and dignity of the human person,” the Preamble of the Universal Declaration of Human Rights (United Nations, 10 December 1948). As if to build or rebuild (which was certainly the case in 1948) it is useful to first of all affirm a conviction, namely the dignity of each person.

Alas, too often stated convictions remain without a future, creating despair among those who aspire to political involvement or even religious belief. More than ever the incarnation of “ideas” is the order of the day in the struggle against despair! Cynics who denounce human rights activists at least provide a service, namely of demanding coherency between words and acts. On the other hand, accepting to go to work requires making choices. No-one can do everything. No-one can act alone.

Even though Sergio was involved in many fields of action, he gave his whole self to the promotion of true development, of the whole person and every person. And he never did it alone, even if his enthusiasm, his desire could upset some. It is by building networks and making use of them that he succeeded in achieving true results.

The first among them was to establish fruitful alliances with individuals or groups from whom, apparently, nothing was expected. Or those for whom the political reality, the reluctance of authorities or simply a lack of imagination relegated them to the frontiers, the margins where one discovers new transformative forces in society that are creative for the future. The involvement of Sergio in this field was always peaceful. Happily! He opened up new and fertile paths.

Political-economic mechanisms are increasingly complex and risk giving the impression that no-one can do anything any more. This feeling of resignation allows those who have decided to take possession of the world to do so without difficulty. In effect, the intelligence of the dominant systems imposes itself to condemn the injustice or incoherency of it. The crises that the poorest communities are subject to today illustrate this very well. It is not enough to cry out “We are going to the wall!” It is also necessary to show on one hand they are born by accident. These choices of mechanisms of economic production, the world financial systems, the modes of participation of all citizens, the structures of international governance, giving all their place to the poorest and to civil society, as many choices on which it is possible to weigh in. Sergio proved it.

I don’t know if I am optimist or pessimist! Do these adjectives make sense in the face of economic, cultural and ecological catastrophes that dehumanise? I only know that I would like to join with those who refuse to accept the unacceptable, who call for an alliance. The future is for courage, imagination and self-giving. Since the human being today, as always, is capable of it, let us rejoice and enter into partnership action with the other, with others, with the Total Other.

“When I see your heavens, the work of your fingers,

the moon and stars that you set in place—

What is man that you are mindful of him,

and a son of man that you care for him?

Yet you have made him little less than a god,

crowned him with glory and honour.

You have given him rule over the works of your hands,

put all things at his feet

The biblical interrogation calls not for a unique response but for various and united contributions. This dialogue in alliances transforms globalisation into an opportunity if it allows the humanity of the person to unfurl all its potential.